My kind of politician

Had Paul Ryan run for president in the primaries earlier this year, he would have been my choice to be the GOP nominee for the US presidency, but he did not. The next best thing is to have him as the candidate for Vice-President. By selecting Ryan as his running mate, Mitt Romney has shown that he is very serious about making sure that the US will remain that shiny city on a hill by tackling the tough fiscal issues we are facing before they tackle us. Ethiopian-Americans should have many compelling reasons to support the Romney-Ryan ticket, one among which is the failure of the Obama Administration to do anything of significance as the Ethiopian regime eviscerated its political opponents under its watch. I regret my vote for Obama in 2008. I will certainly vote for the Republican ticket on November 6th. 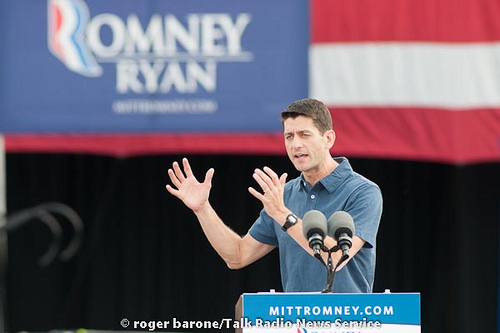 Yes I will vote Republican too. It is time to show our vote is granted forever. We need deeds, not slogans.